The transportation of reactors manufactured by PJSC 'Izhorskiye zavody' has finished 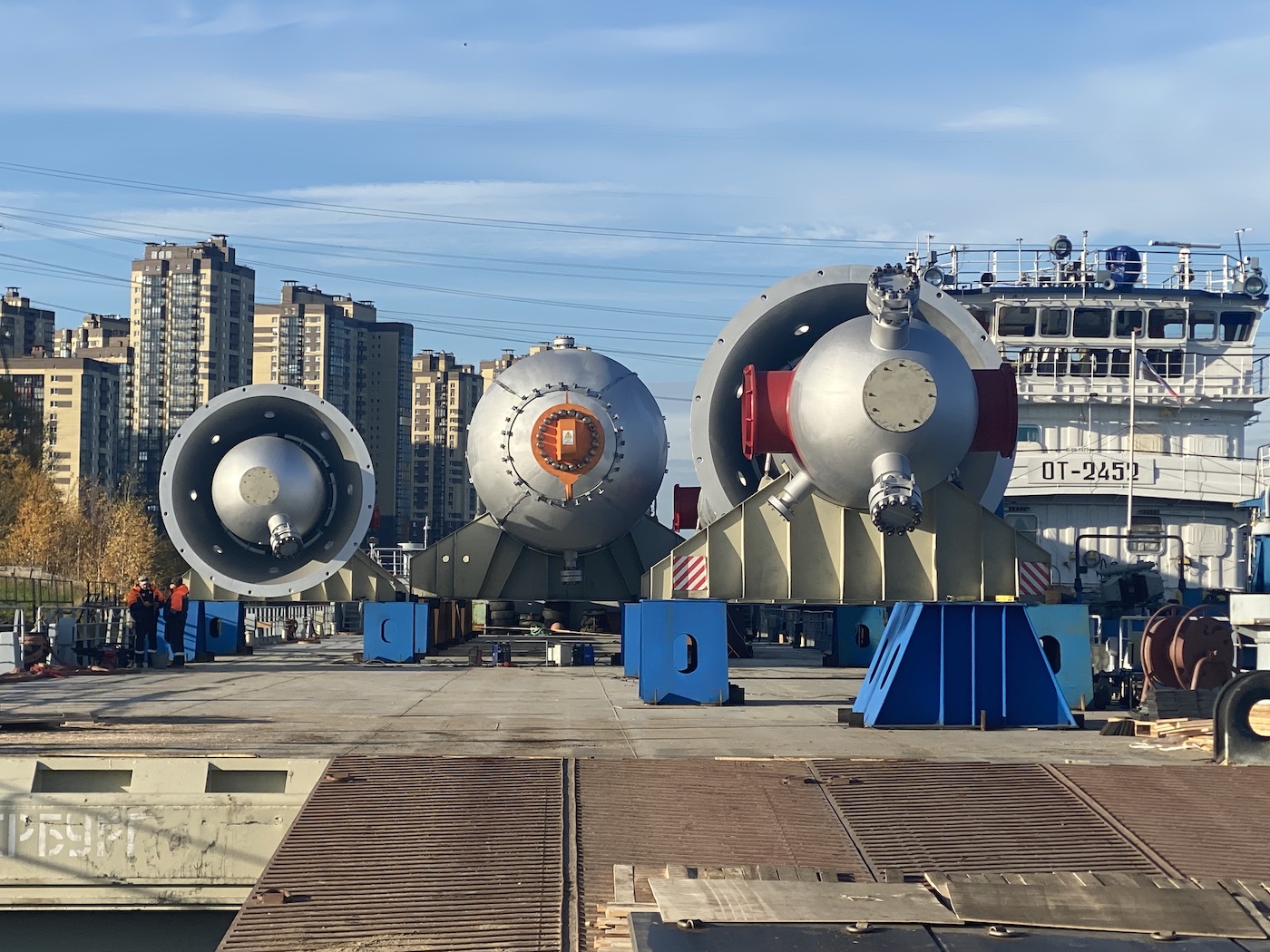 As part of the project for the transportation of reactors manufactured by PJSC “Izhorskiye Zavody” to PJSC “Tatneft” for the installation of hydrocracking unit, four reactors were transported from Kolpino, St. Petersburg to Nizhnekamsk, Republic of Tatarstan.

The main ODCs were:

BARRUS PROJECTS had a task of providing services for the transportation of oversized heavy reactors from the manufacturing plant in Kolpino across two railway crossings PCh-10 and PCh-29, including the preparation of the necessary infrastructure for the possibility of passing in curves, transportation by inland waterways using a barge towing arrangement, as well as the delivery of reactors on self-propelled hydraulic modular trailers in Nizhnekamsk. Also, our company had to prepare the berth of the manufacturer on the Neva River to receive the largest barge shipment in history of the factory, which we successfully completed with the help from divers.

The barge of the project 03060 "Volgo-Baltika" was chosen for simultaneous transportation on inland waterways of the whole volume of cargo, since it was suitable according to the parameters for the transportation. At the same time, according to the calculations made by the designer, who prepared the projects of loading/unloading and securing the cargo, it was necessary to upgrade the barge, which was done by the shipowner before the loading. Transportation from the berth on the Neva river to Nizhnekamsk by inland waterways was carried out in 20 days.

According to the concept of the project, the weight and dimensions of the reactors, the unloading in Nizhnekamsk was to be carried out at two different berths, using different methods. The hydrodearomatization reactor and the dewaxing reactor were unloaded by crane to the berth of Transkama NJSC, and the reactors of the first and second stages were to be unloaded by the RO-RO method in the loading chamber of the Nizhnekamsk river port. Unfortunately, due to the low water level in the Kama river it was impossible to load the reactors of the first and second stages in the navigation period of 2021 because the low water level prevented from closing the watergate of the loading chamber. The reactors had to be left on the barge and put aside for the period between navigations at the berth of Transkama NJSC.

The hydrodearomatization reactor and the dewaxing reactor were successfully delivered to the installation site of PJSC “Tatneft”named after. V.D. Shashin and transferred to the consignee.

The reactors of the first and second stages will be unloaded from the barge and transported upon the opening of navigation period in 2022.