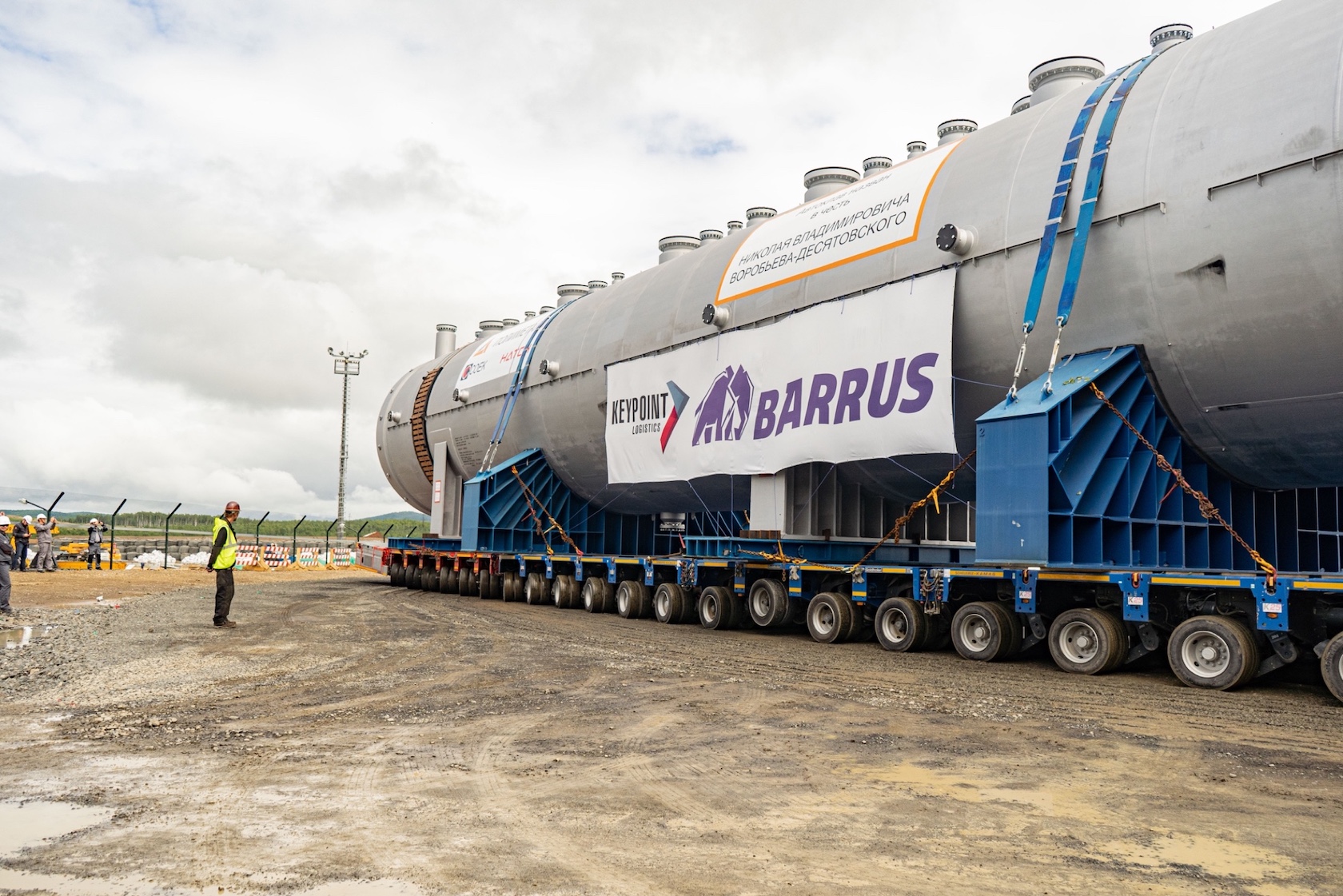 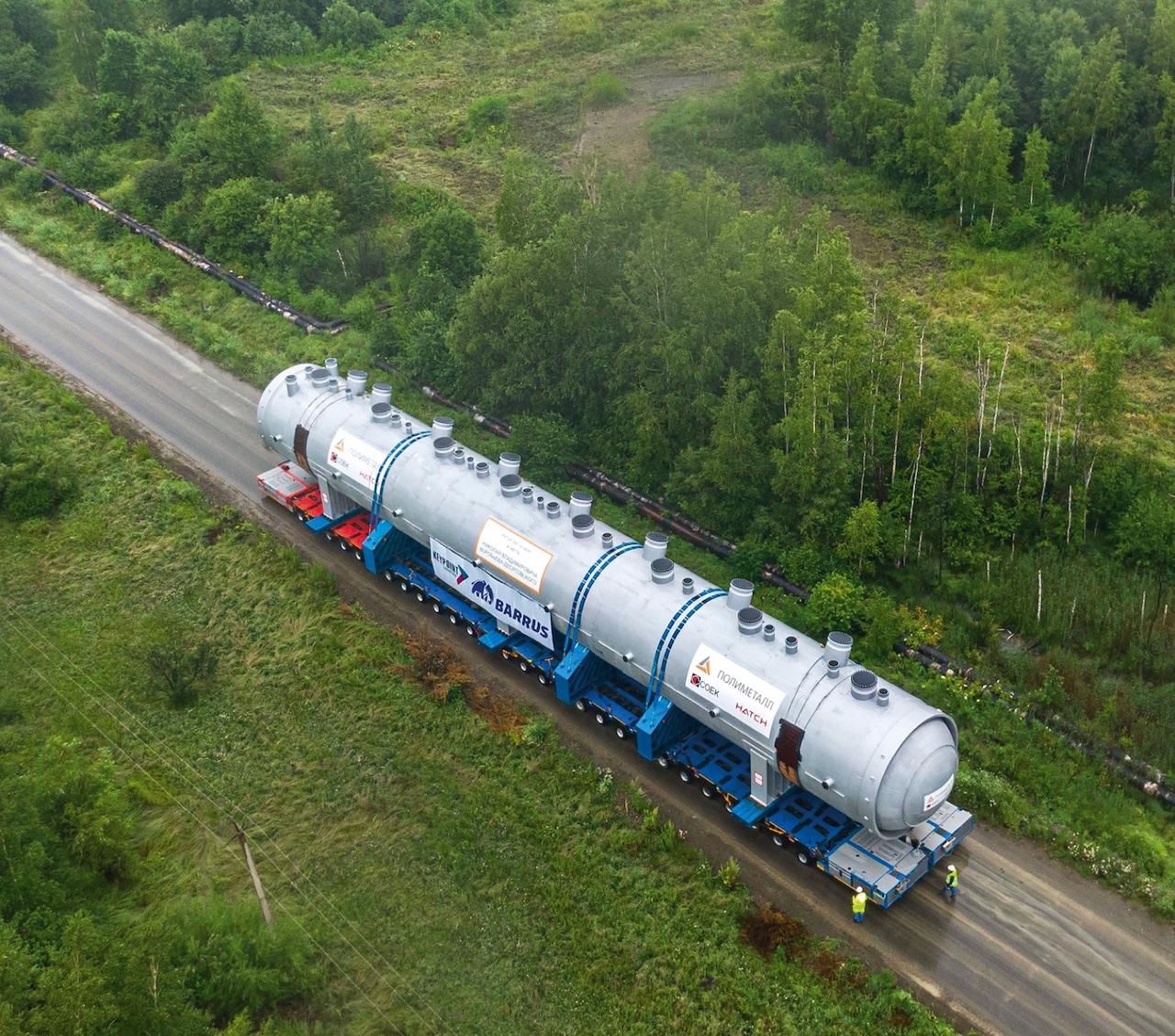 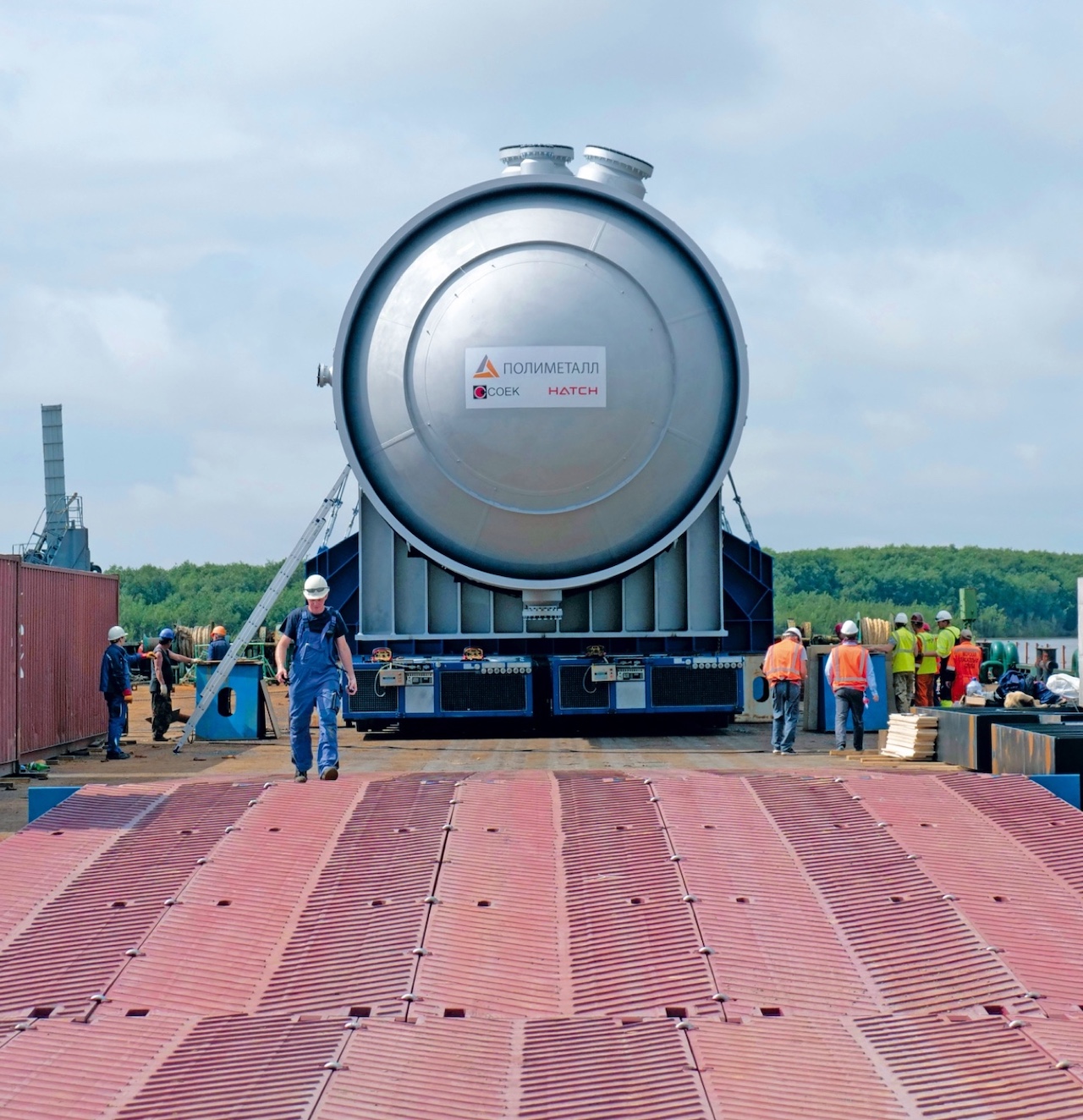 The third and final stage of the autoclave’s transportation was the most difficult to implement and required coordinated work from our project teams for two years.

The biggest challenge of this project were the colossal fluctuations in water levels in the Amur river, which do not occur in the central part of Russia. Such drops in water levels can reach 5-7 meters in a very short time. The implementation of the entire project depended on the quality of the solution to this challenge.

Our project team managed to develop a unique technical solution. It is a RO-RO berth, designed in such a way that unloading was guaranteed on the designated dates of the autoclave’s arrival in Amursk, regardless of water level. We designed a temporary bank protection structure using two sets of ramps and a transitional support pile, the elevation of which, depending on the actual water level, could be adjusted for RO-RO unloading of cargo.

The customer entrusted us with turnkey work, including the full scope of surveys, design, and construction of the berthing facility, as well as preparation of the route along the city of Amursk to the Amursk Hydrometallurgical Plant.

As part of the third stage of the autoclave’s transportation to Amursk, together with the customer, the city and Amur region Administration, balance holders of communication lines and supervisory authorities, complex and demanding work was carried out:

All these works were carried out in full compliance with the requirements of the customer, the сity and district Administration, and taking into account the high social responsibility of Polymetal: all with the minimum possible impact on the quality of life of the residents of Amursk.

Furthermore, Barrus Projects’ own transport equipment was mobilized to Amursk. It included self-propelled modular transporters, which allow for assembly of the most optimal transport combination for each specific cargo. A rare combination of 28 double-width axle lines was used in this project. That is 448 wheels.

The project was carried out by the Key Point Logistics team, which attracted Barrus Projects for the contract work. An over-dimensional heavy cargo weighing 1100 tons was delivered without delays and slightly ahead of the planned schedule, despite all the difficulties of the route and the epidemiological situation. We are grateful to Polymetal for the trust in our team and the opportunity to implement such an important project. And of course we thank our employees and all partners for the successful implementation of such unique tasks.